Most of the big product launches we get to hear about are done via a network of joint venture partners with large lists.

It is not uncommon for the same subscriber to be on several lists and hence receive emails about the same promotion from several joint venture partners or affiliates at the same time. When a sale goes through your shopping cart, the big question becomes, which affiliate is to receive the commission on it? Is it going to be the first one to deliver this offer to the prospect or the last one who “sealed the deal” and convinced the prospect to take action?

Either approach has certain positives and negatives.

The “first cookie wins” approach allows you to give your major partners an incentive to mail early and create momentum for your launch. However, smaller partners who find out about the launch or start promoting late, will have little if any incentive to participate because a lot of their own subscribers would have been cookied by larger affiliates. This also invites “black hat” tactics like “cookie stuffing” that some of the less scrupulous affiliates may turn to in order to get the upper hand in this contest.

The “last cookie wins” approach seems the most fair. After all, it’s the affiliate that gets the sale who should get paid on it, right? So it is no surprise most affiliate tracking packages work according to this scenario. Obviously, it may be a little harder for you to recruit some of the big list owners as your partners as now they’d have to work harder to make their commission from your launch.

It is also possible to use a combination of the two approaches by using the “last cookie wins” for tracking but recording the affiliate ID along with the contact details for the prospect in your autoresponder. When you send out follow up emails, you can drop in the affiliate code of the original affiliate in the purchase link. In this case it’s the affiliate who generated the lead is the one that ultimately gets paid the commission. 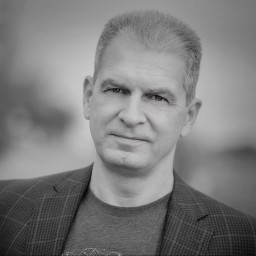 Alex Makarski is WhyEO and Chief Ruckusmaker at bizLeverage Consulting Group Inc. His work involves helping business owners increase the number and improve the quality of the leads they generate, as well as assisting them in putting in place automated on-boarding processes for better sales conversion, content consumption, and customer longevity.

9 Questions to Ask about Your Affiliate Tracking Software

Make It Fancy or Make It Work?

3 Main Phases Of A Product Launch